Trust in God, but row away from the rocks. Today IAF discusses the events of the week, which were really quite severe and alarming, but should serve only to increase our resolve to map a path to prosperity in the Grand Solar Minimum.

This Episode on the Wiki: http://wiki.iceagefarmer.com/wiki/IAF_Podcast_Episode_13

There are several lessons learned from studying very early global cooling events in Europe. See also the discussion of the Great Famine of 1315 in Episode 5.

4. Daily Steps (17:22)
It is a miracle I am alive, and I am ABSOLUTELY dedicated to this community and the process of sharing knowledge as this climate changes, to ensure we all thrive in the times ahead.

Also, some basic info on crickets! Added this to the wiki:
http://wiki.iceagefarmer.com/wiki/Crickets

Sharing a communique from an ER doctor regarding increased cases of fungal infections, despite being in a warm, dry area. Any ideas, folks? 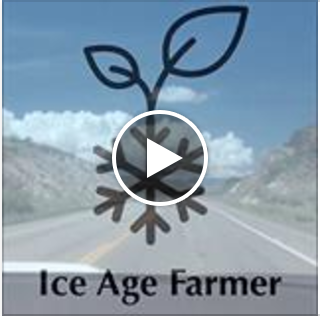 See this episode’s entry on the IAF wiki!

IAF shares a letter from James Shirley of JPL after announcements, steps towards self-sufficiency, and Grand Solar Minimum news. SEND IN QUESTIONS for next viewer-question show: iceagefarmer [at] gmail.com

Start taking daily steps NOW towards radical self-sufficiency so that you can thrive in the current Grand Solar Minimum / Little Ice Age.

Spread the word to your friends who are … PodPeople

* Australia’s winter going from worse to worst, below -12C
https://www.sott.net/article/356552-Coldest-temperature-in-years-across-Australias-south-east

* Argentina — UNPRECEDENTED cold: -25.4’C
… while POWER OUT for up to 30% of some municipalities (San Carlos de Bariloche)

While roasting 7lbs beef bones to make broth:
http://www.foxnews.com/opinion/2017/07/16/will-sun-put-brakes-on-global-warming.html
notice the “conservative media” DOES mention “Grand Solar Minimum”
cryptocracy will fashion this into a divide-and-conquer, red-vs-blue issue,
THIS MAY BE WHY AGW HAS BECOME A RED-VS-BLUE ISSUE!
wow. the pre-scripting.

See video for his letter.
Here is the paper he referenced:

IAF highlights the historic flooding across Western Japan which has caused 400,000+ people to evacuate today–receiving 16 inches in 4 hours!!–as well as other headlines reinforcing the core IAF message: START GROWING YOUR FOOD TODAY. Crop losses continue, exponentially increasing extreme weather events, and volcanic/seismic activity: many indications that the effects of the Grand Solar Minimum continue to accelerate. (All links below the video.)

Start taking daily steps NOW towards radical self-sufficiency so that you can thrive in the Grand Solar Minimum!

On Exponential Change (and Ladybugs)

Today I introduced an army of ladybugs to help me in the grand battle against Aphids.

Also, the nature of exponential growth, recognizing this in the climatic events playing out around us, and the importance of spreading the word about the Grand Solar Minimum and the associated larger cycles of empires/civilizations on Earth.

The greatest shortcoming of the human race is our inability to understand the #exponential function.

Start taking daily steps NOW towards radical self-sufficiency so that you can thrive in the current Grand Solar Minimum / Little Ice Age.

don't depend on dns:

a period during which solar activity diminishes, resulting in drastic climatic and geophysical changes to our planet. These include increased galactic cosmic rays (GCRs), seismic activity, and volcanism; the latter often results in a global reduction in temperatures (see "the year without a summer" -- and much more on the IAF wiki).